I’m no historian, but the following is what I surmised about the rise of the Nazi party in Germany from spending time at the Dachau concentration camp outside Munich and the Documentation Center a.k.a. Nazi Rally Grounds in Nuremberg. 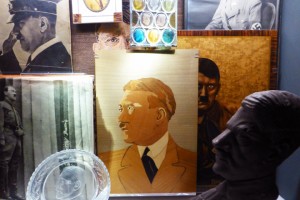 Pre-WWII, the German people were generally depressed for starting and losing World War I.  Hitler struck a nationalist nerve in the people and rallied them to make the German Vaterland, Fatherland, great again.  Hitler’s rise to power was not quick.  He joined the Nazi party in 1919.  He was convicted of treason in 1923 and went to jail for a failed Coup to forcefully seize power in Munich.  In jail he wrote Mein Kampf and after he got out he gained popularity by being anti-Treaty of Versailles/Jew/Communist.  He didn’t like sharing power, so he killed members of the Nazi party to solidify his control over the party and the SA, Sturmabteilung, the brown shirted goons with red Nazi armbands that went around harassing people that the Nazis didn’t like.  During a country-wide parliamentary election, the Nazi party won the majority in government and Hitler was named Chancellor of the Weimar Republic (what Germany was called at the time).  Paul von Hindenburg was the President and Hitler was the Chancellor.  Through pressure by powerful people, a general weakness by the President, and a hope by Paul von Hindenburg to placate Hitler’s crazy ideas, the presidency was dissolved and Hitler was named Supreme Chancellor with full control of government in 1933.  Enter the Third Reich.  The rest is history. 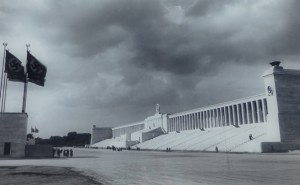 It was amazing to me that any of this really happened.  I can’t imagine an age without instant communication and 24 hour news coverage.  I don’t think Hitler would have been able to seize power through murder, coercion, and general disregard for the law in this day and age.  It seems like all of the above happened (the shady stuff at least) with most of the people in the dark.  Then one day Hitler announced he was Supreme Chancellor and with his powerful SA, no one could really stop him.  Obviously, there were many pro-Hitler supporters that wanted to make Germany great again, but I doubt (hope at least) people knew about or accepted Hitler murdering people to get his way or the quick dissolution of the Weimar Republic government to pave the way for a Hitler-run totalitarian regime.